PRESS RELEASE: Londoners urged to get on their bikes to beat the tube strike

With the onset of tube strikes, Londoners are urged to get on their bikes this week. But many people don't know good cycle routes around London – and traditional online maps don't know about shortcuts, park routes and quiet routes for cycling.

London CycleStreets – http://london.cyclestreets.net/ – is the answer. Click/search on a start and end point for your journey, and London CycleStreets will give the fastest, quietest and a third 'balanced' route option, specifically designed for cycling.

"Cycling is a great way to get around London. But if you've not cycled for a while, you may not be aware of the many shortcuts and quiet routes that exist. Beat the strike by searching online for London CycleStreets, or and get personalised cycle routes around London." 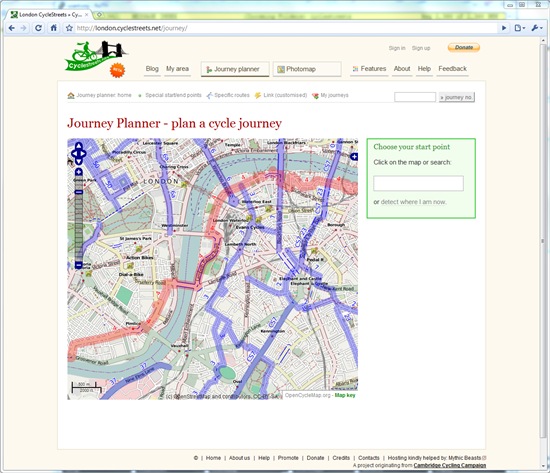