We’re holding a CycleStreets for Android Hack Day on Saturday 25th February 2012. Come along, because it’ll be fun.

So what might you do with the Android app? Well, anything you like, but here are some suggestions – export a CycleStreets route as GPX, integrate a vector mapping library like MapsForge, add speech output, or simply poke around in the code and see what catches your eye. Learn some new things, ask questions, maybe have a beer in the evening. 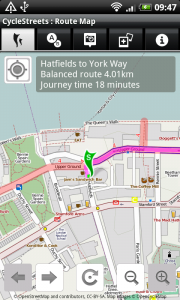 What you won’t need

It’d be great if you could let us know if you can come so we can order enough fresh pizza!

The bits of the Android SDK that you need, shown ticked (click to enlarge): 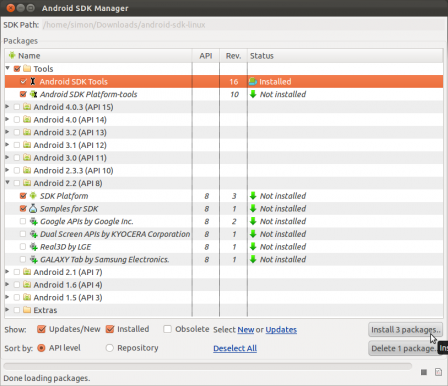