We’re pleased to announce a major new version of the CycleStreets Android App (version 1.4), our fourth update in just over a year. It brings a great new feature … Offline maps!

Download the app update and install the map pack now! 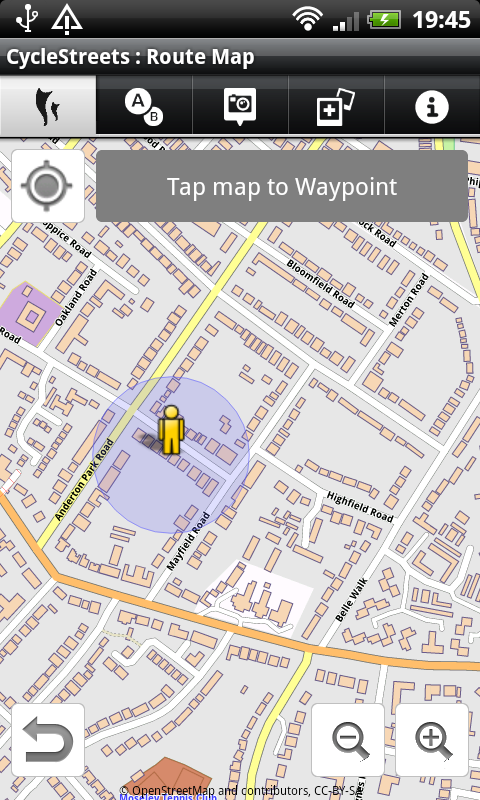 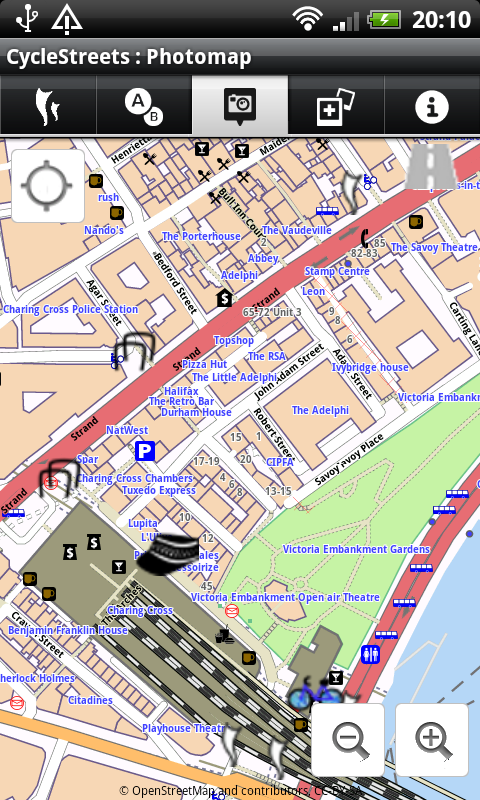 Up until now, the CycleStreets app has had to download maps as it needed them. As you move around the map, or zoom in and out, the downloads new parts of the map – the tiles – as it goes. The different map styles it offers are provided by simply downloading the tiles from different servers. Generally, this works fine. But if you’re on you’re out and about and have a poor signal, or want to try and eke out your battery life, it can be a problem.

This new update provides a solution – a free downloadable map pack covering the whole of Great Britain and Ireland. The map pack is available from Google Play as a separate download, and once installed, you need never download another tile again. All the map data CycleStreets needs is there, on your phone, and it will render the maps it needs as it needs them. (Routing itself still uses the network, but this is a tiny amount of data by comparison.)

Plan cycle-friendly routes from A to B, via C, anywhere in the UK!

CycleStreets for Android is an open source project and the code is available on GitHub. If you’d like to get involved with the code – and Android development is easier than you might imagine – do get in touch.

Please do add a review of the app too!