We were delighted to discover today that CycleStreets is featured as the default front page item on the government's relaunched data.gov.uk website!

We're really pleased to see the work of thousands of cyclists and others around the UK recognised through this feature.

As one commenter on the data.gov.uk website notes, however:

"It would be good if CycleStreets got UK Government money/co-operation."

We are continuing to try to obtain funding as part of our new Funding drive, to raise £90k to facilitate much faster development of CycleStreets over the coming 18 months. 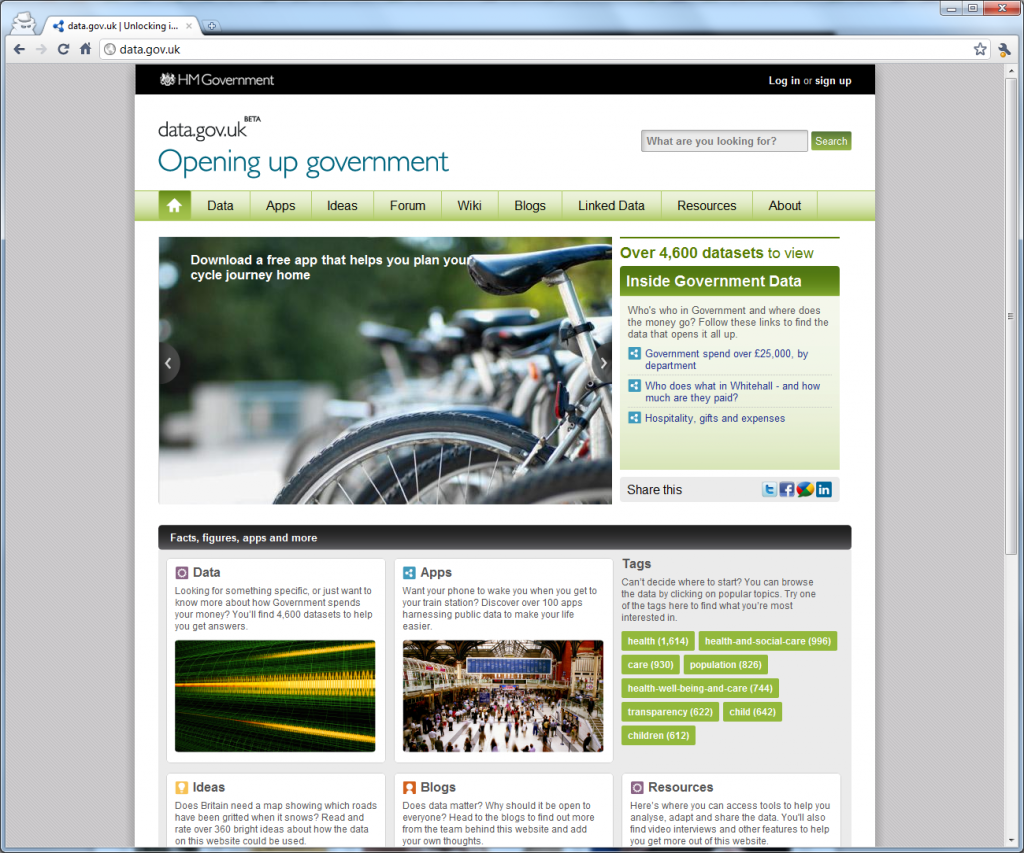