The announcement today that Google are to include Sustrans cycle routes alongside other transport modes is welcome confirmation that cycling is becoming more mainstream. Pitching the various transport options side-by-side will allow people to discover that, for instance, a 3-mile journey across a city can be much quicker to cycle than to drive. Making cycling an equal player helps people discover their local cycle network and help make the case for greater use of bicycles.

It is genuinely heartening to see that, 7 years on from the creation by Cambridge Cycling Campaign of one the first-ever cycle journey planners, that this concept has moved on so much. Indeed, that precursor to CycleStreets that we created used version 1 of the Google Maps API.

Google joining the peleton of websites that show National Cycle Network routes, such as CycleStreets, OpenCycleMap and OpenStreetMap, is another step forward in recognising the existence of the ever-growing cycle network of the UK.

2005: The launch of Cambridge Cycling Campaign’s journey planner, which later become CycleStreets – how things have moved on! It used the Google Maps framework. 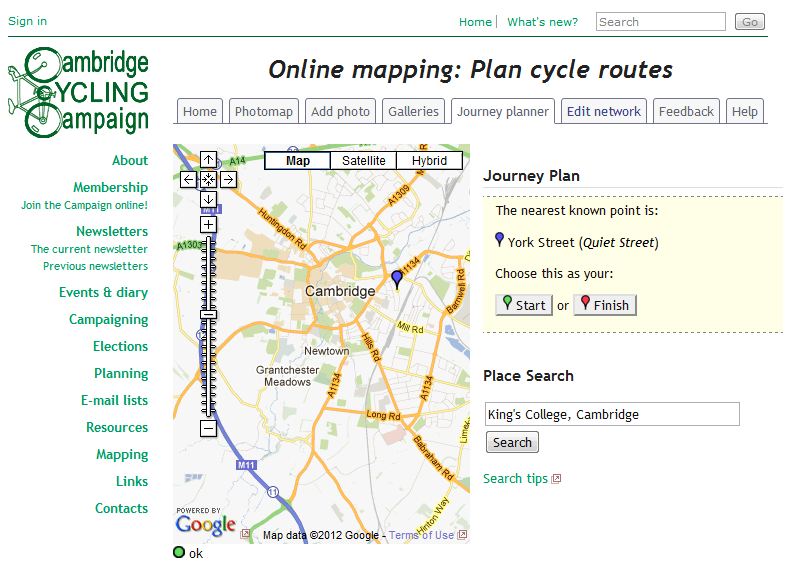 7 thoughts to “Sustrans routes and Google”