We’ve moved to using the new Nominatim system (technical details for those interested) by Brian Quinion – thanks to him and anyone else involved in that project.

Some tips for quicker searches are:

In terms of our own implementation, the area you are in is automatically added when the map shown covers less than 18km across (zoom level 12 or higher). 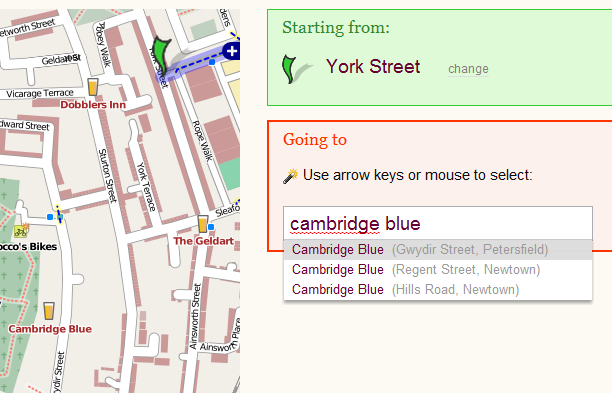 The search-as-you-type implementation is one we heavily adapted from Search-as-you-Type on Google Code. We will release the front-end and back-end code in due course once we’ve done some more tidying to separate it out from other parts of CycleStreets, as we move towards open-sourcing the code.