The aim of the 4 month ActDev project, which was funded by UKRI, was to demonstrate what is possible with new datasets and methods to help people working in the planning system to support walking and cycling uptake. The wider aim was to make case for evidence-based tools for assessing and improving provision for active travel associated with new developments nationwide, at every stage in the planning process.

The specific objectives were to create an actionable evidence base, which: 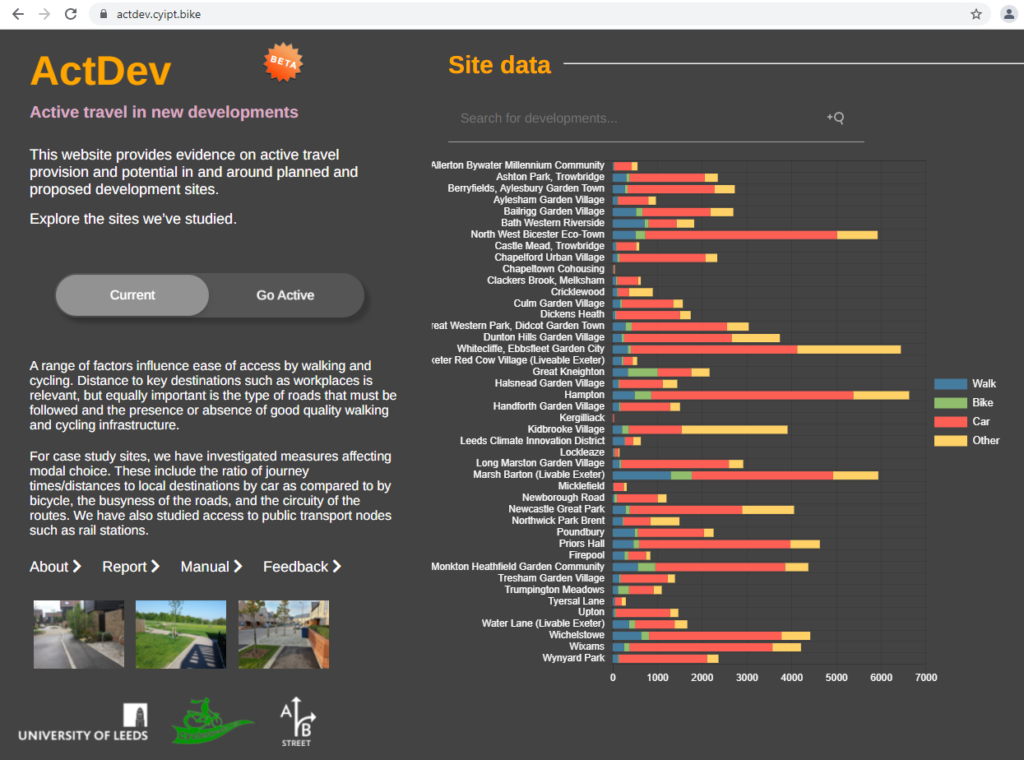 To act as case studies for the project, we chose 35 large residential development sites, representing a range of types of development including urban extensions, urban regeneration schemes and new settlements such as proposed Garden Villages. These included developments that were completed, alongside others that were in progress or had not yet reached construction.

Each site is given a key set of ratings, and provides a range of layers which can be toggled to interrogate the site location’s performance in more detail. A scenario of change, ‘Go Active’ is available via a toggle, to show the change that could be achieved if there were serious levels of investment in active travel. 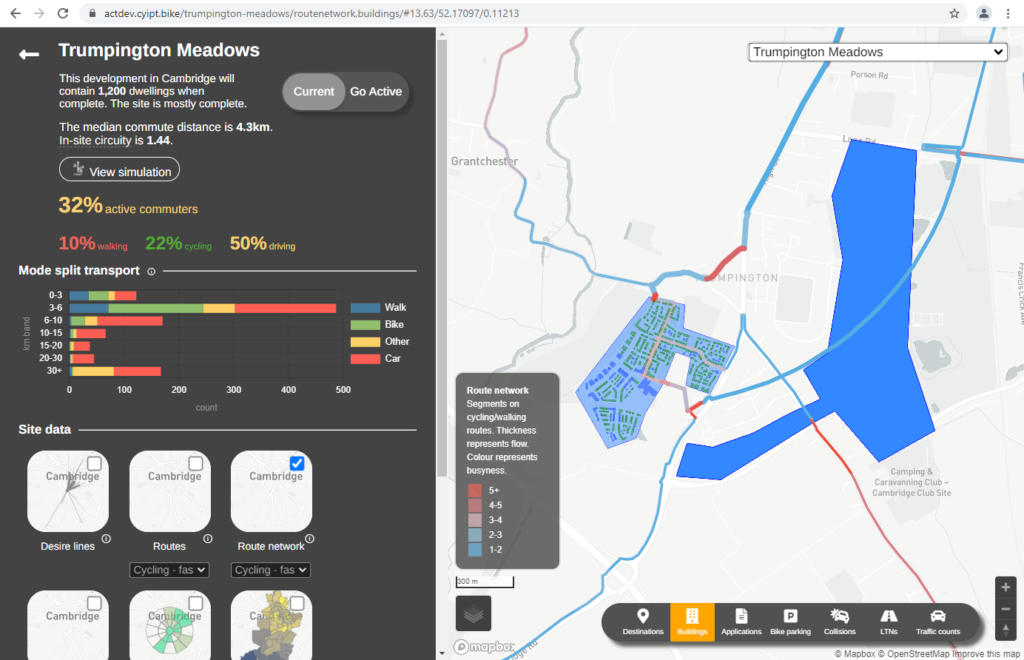 A 3D agent-based simulation is included with each site, thanks to A/B Street, who joined our team.

We enjoyed working with colleagues Robin Lovelace and Joey Talbot from Leeds University. We have undertaken various projects, such as CyIPT, in conjunction with Robin and colleagues successfully over many years.

Design work was done by our design colleague, Patrick Johansson, working with our Martin on UI development. The planning application data was facilitated by UK PlanIt, with whom we have been working with on our StreetFocus project. Our Simon worked on a significant innovative new dataset, LTNs in the UK, which is integrated as a new layer, and on which we will report more fully shortly.

A workshop at the end of the project, involving a wide range of practitioners from around the UK, generated significant interest.

A video summarises the project: