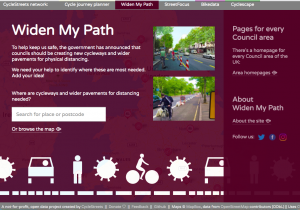 Last year we created Widen My Path, enabling members of the public to say where improvements to streets are needed in order to facilitate physical distancing and increasing levels of walking & cycling. As we reported, it has seen over 238,000 user submissions (combined new points and likes), over 400 spreadsheet data downloads (plus more GIS downloads), links from Local Authority websites around the UK, and large amounts of very positive social media coverage.

Now that many schemes are implemented by Local Authorities, we felt that Widen My Path needs to go a step further.

We want communities to be able now to design whole scheme areas, rather than merely adding locations for improvement. For instance, perhaps a changes to a high street have been made by the council – but what if improvements are needed? Or, how can we design a whole low-traffic neighbourhood area – setting out actual locations of blockages to through-traffic in detail?

Our follow-up project, Streetvisions, is about enabling people to co-design transport and streetscape improvement schemes, setting out elements in a cohesive manner, and iterating their vision of improvement based on feedback. Street redesign is often quite a top-down process. By contrast, Streetvisions aims to be a bottom-up tool.

Thanks to funding from the Isla Foundation, we’ve been able to start work on these new ideas. We’re aiming to launch the new site this summer.

Here are some initial screenshots of our work-in-progress.

1 – Scheme page: Anyone can create a scheme area, describing an area to be improved. Members of the public can then come along and create their ‘Vision’ of how it should be improved. This screen shows an area of a city for which improvements are needed, e.g. needing trees and cycle parking. Four people have added their visions. 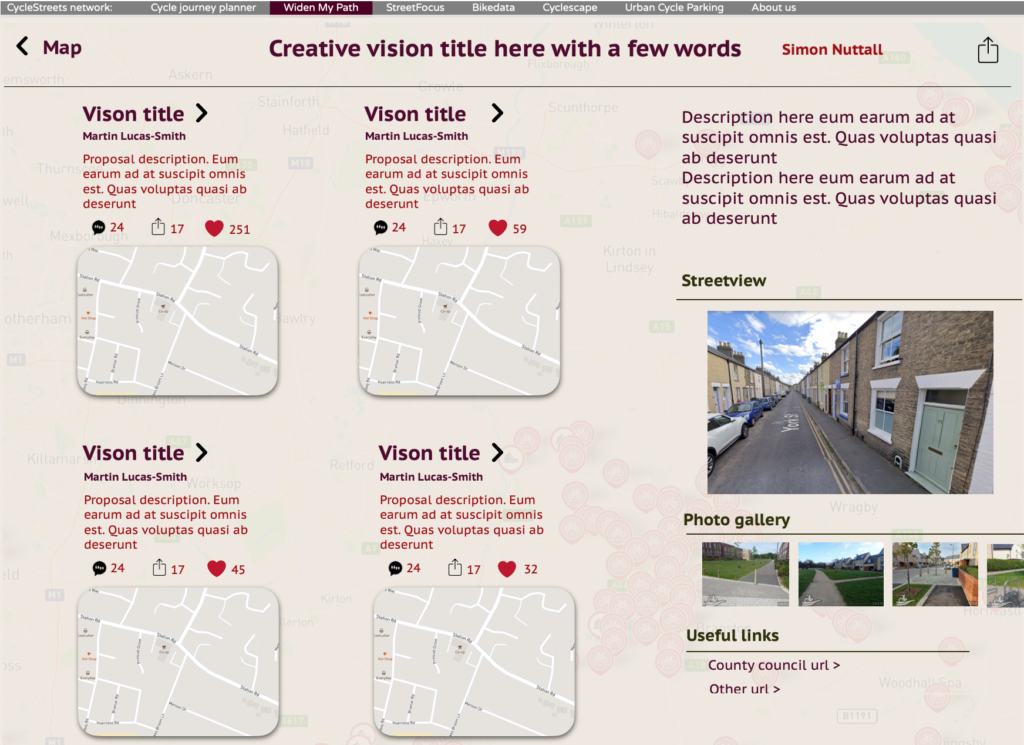 2 – Designing a Vision: Anyone can add their own ‘Vision’ of how to improve the scheme area. On the right are various types of infrastructure, which can be dragged on to the map. Different people will have different ideas of how to implement the scheme objectives, e.g. cycle parking in one location, whereas someone else might see benefits in a different location. Each vision competes with others. 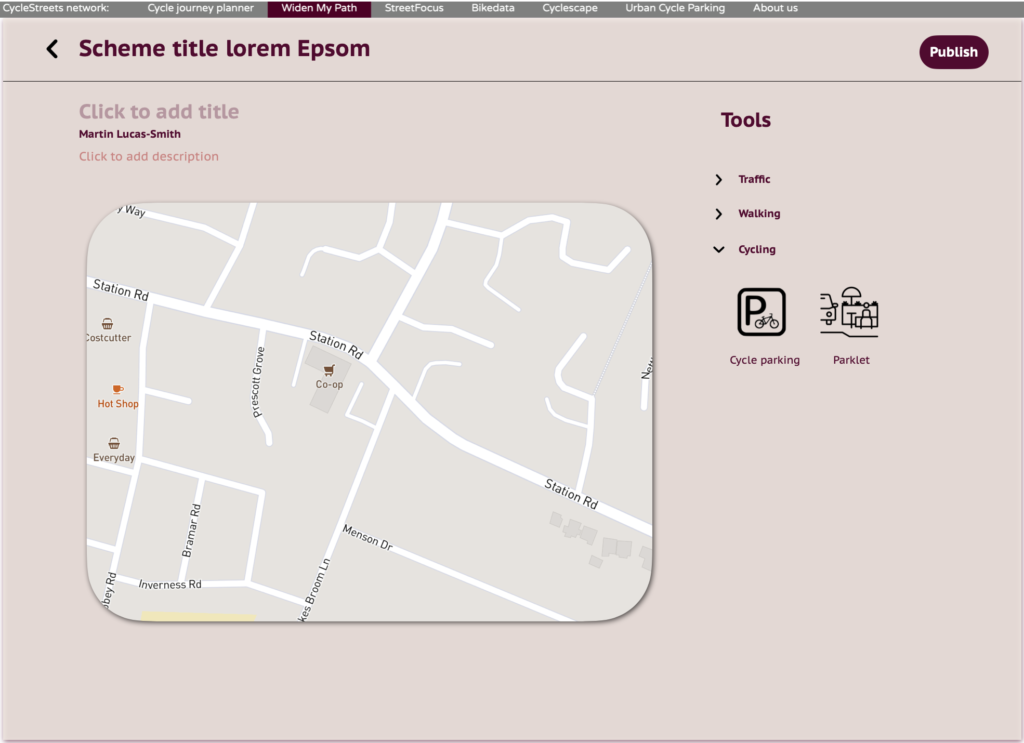 3 – Discussion and iteration: Once a Vision has been created, it can be discussed by others. The original creator of the Vision can then work this feedback into their design to iterate it. 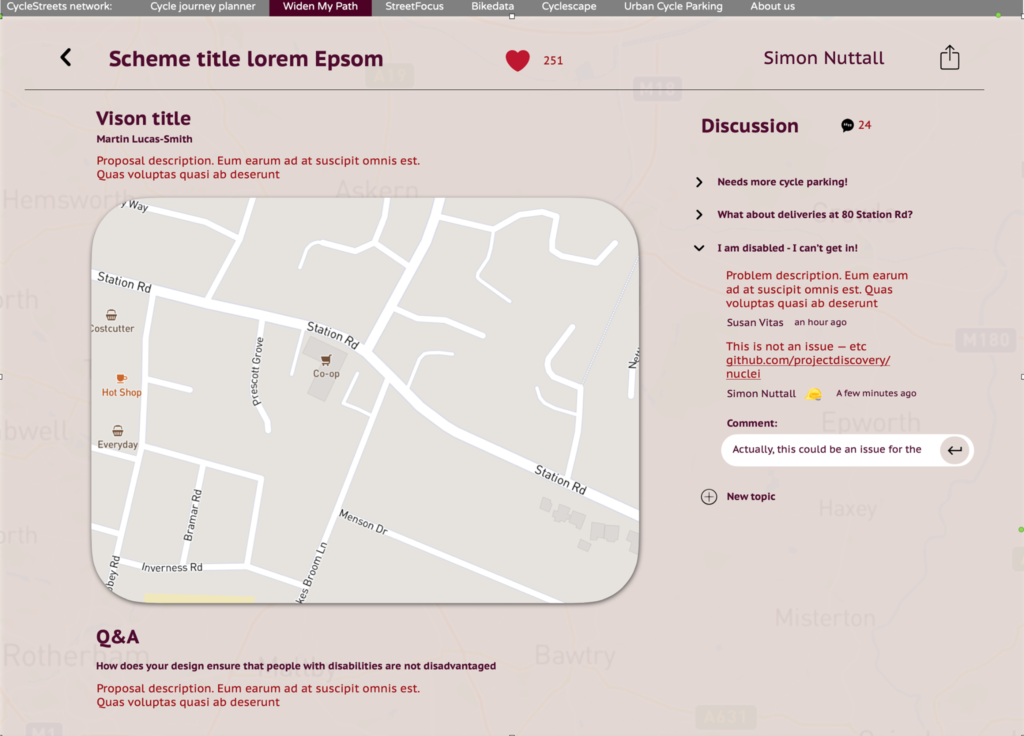 These are early designs, from our designer Patrick. We expect these will evolve in the coming months.

We hoped to launch the site in February, but a number of new ideas of how the site could work better meant this is a little later than planned!