We’re proud to announce that we’re working with London Cycling Campaign (LCC) on a new project to help maintain that dataset, for TfL.

This project will use LCC’s active volunteers and borough groups – the people who know how cycling infrastructure in London changes – to correct and update information for all London Boroughs. The database was surveyed during 2017 and 2018 and thus now needs updating to include all the improvements to cycling put in place since then (and to flag up things that have been removed or that need repair). This is a pilot project to see if large numbers of volunteers can be activated to feed data into this project alongside other partners.

We’ve created a new website, London Cycling Data, for LCC to enable just that, and this is now live. 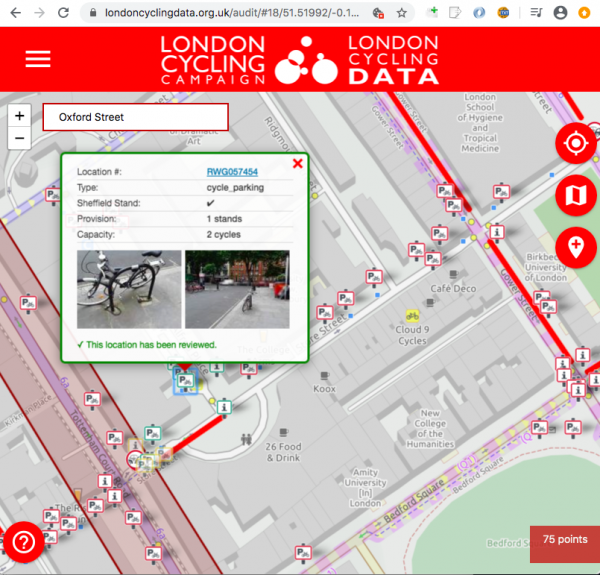 The site interacts with a new suite of data interfaces in the CycleStreets API, for infrastructure auditing.

The visual design for the site is by Mike of Primary Image.

You can read more about the site and the project as a whole on LCC’s website. 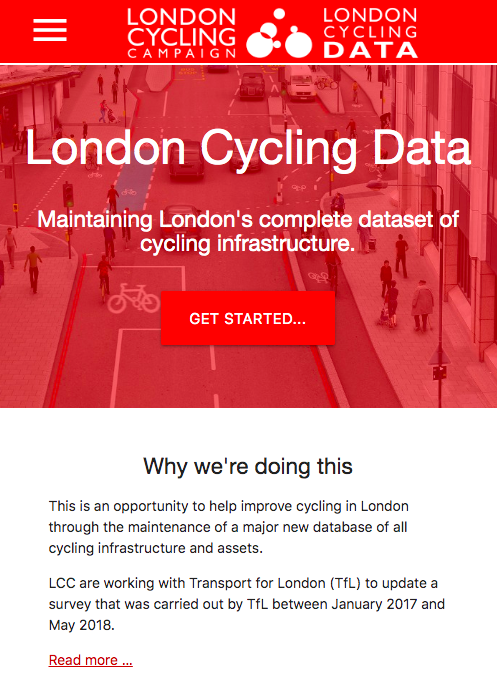